Classical Acupuncture is a specific style within the Chinese medical tradition. No two acupuncturists really practice in the same way. This may be due to cultural influences, geography, language, textual influences, academic studies and teachers. Style is important in Chinese medicine - in fact it is the true defining component of our practice.

Today we have many varying types of Acupuncture and Chinese medical practice including (but not limited to:


Even within the above each style has varying methods, for instance in the Japanese Tradition you may see someone practicing "Toyohari" or "Manaka" style acupuncture, in Traditional Chinese Medicine (TCM) you may see someone practicing Scalp, Ear, and Body Acupuncture. Which brings many people to question: which style is the best and most effective?

In reality this question has no definite answer. It should be which style is the best and most effective for me (the patient)? and which style is most effectively utilised by the practitioner? Regardless of the style each type of Acupuncture or Herbal tradition with East-Asia share a similar basis to their practice. This basis is formed by the fundamental theories of Yin Yang, Wuxing, Qi, Dao, and so on, as formulated in the Warring States and Western Han Era's of ancient China. So the style will speak to the practitioner who will naturally express it (through good practice) to their patients. So style makes the medicine, but the practitioner makes the style.

As the modern world is dominated by the modern medical paradigm it is important that within the East-Asian Medical Traditions that we define our practice. Essentially within Chinese medicine, acupuncture and other associated medical styles we do not have specialists like they do in modern medicine (e.g. Hand and Foot Specialist, Opthamologist, Neurologists etc). What we have a style defined specialists. For instance my practice revolves around what is titled "Neijing Classical Acupuncture" which is a method which draws its understanding from the exemplar texts the Huangdi Neijing (Yellow Emperor's Classic of Medicine) this is one of the oldest and definitively fundamental styles of Acupuncture and Moxabustion. If i prescribe herbs i usually do so within the Shanghanlun or Piweilun theroretcial frameworks as this is what i have been exposed to.

A Japanese Acupuncturist may treat according to the Toyohari system and prescribe herbs based on Kanpo. This can be extended to all styles of East Asian Medicine.

Regardless of the "specialisation" each style is able to treat a multitude of diseases and disorders. The specialisation comes through the specific methodological approach of the practitioner. This determines the effectiveness as some styles are better for certain disorders than others.

As a style TCM is a little bit of a mixing pot. What confuses most students, some practitioners, and nearly all patients is the fact that Traditional Chinese Medicine is a very new term in the spectrum of Chinese medicine's incredibly vast and long standing history. As western medicine became increasingly popular in China and Asia, Maoze Dong's cultural revolution saw it to be important to "re-label" the old practices of China. Prior to "communist China", medicine was taught in particular schools, family traditions, and teacher-student lineage's. It was the vision of a few influential Doctors and politicians that Chinese medicine should be re-vamped into a scientific format. The result was TCM - a mixture of varying styles of Chinese medicine with the understanding of modern sciences. Essentially this should have produced a stronger style of practice, unfortunately this was not the case.

Whether one likes it or not the Chinese medical body will never merge with the western medical body and vice versa. Sure the breakthrough in anatomy and physiology in the last few hundred years enables greater point location, detection of critical illness and safer practice, however, the medical fundamentals and approach will never mix harmoniously. This doesn't mean they cannot co-exist as pluralistic medical modalities (rather than integrative or oppositional) but it does mean that each needs to recognise and respect that approach and practice of the other.

In addition, this doesn't mean that TCM is not effective - again this depends on the practitioner, patient and how each uses and responds to the information received. It is effective in the right hands and also provides an excellent base and model of standardisation for contemporary education in the tertiary system (university). 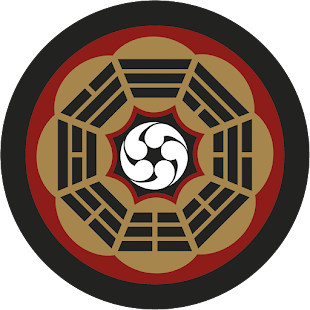 David White is a scholar-physician of Acupuncture and Chinese medicine practicing in the Sydney CBD and Lower North Shore. He is senior lecturer in acupuncture and Chinese medical diagnostics at the Sydney Institute of Traditional Chinese Medicine and is currently director of the Australasian branch of the International Society for the Study of Classical Acupuncture (ISSCA). David is currently completing his PhD at the University of Technology, Sydney investigating the Chinese medical paradigm in the Australian context.
Practice Locations:
Classical Acupuncture Sydney
1/75 Willoughby Rd, Crows Nest, NSW, 2065
P: (02) 8095 8255
www.classicalacupuncture.com.au